Overcast skies loomed over Tampines on April 15, 2012 and the torrential rain that came soon after poured relentlessly outside Tampines Sports Hall.

Separated by the window, the atmosphere in DojoWu’s training hall was getting warmer every minute, with the junior-belts revising the moves and kata steps for their grading; 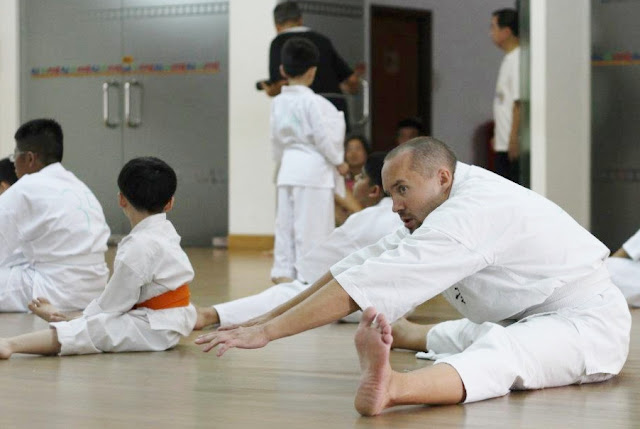 anxious parents sitting by to watch their children getting tested of their standard in learning from all those months; fighters warming their muscle up for a mini tournament which unfolded after the grading; and fervent spectators streaming in to take a good seat. 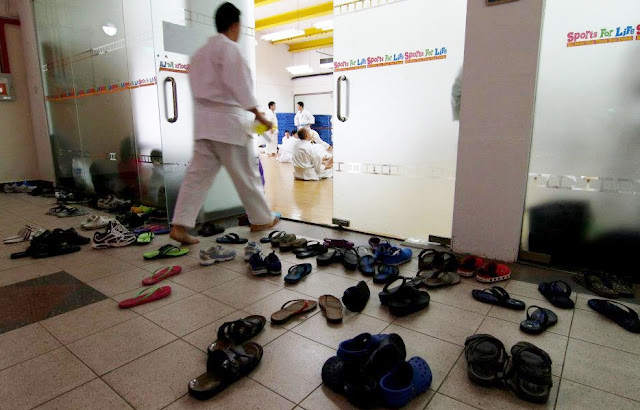 The junior belt category consists of colours- White, Orange, Blue, Blue-black, Yellow, Yellow-black. Their months of hard sweats were put into the crucible for only those who meet the standard laid will then be promoted to take a higher learning in a different belt colour. 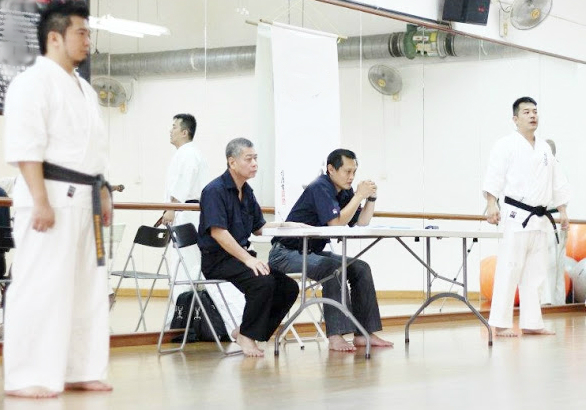 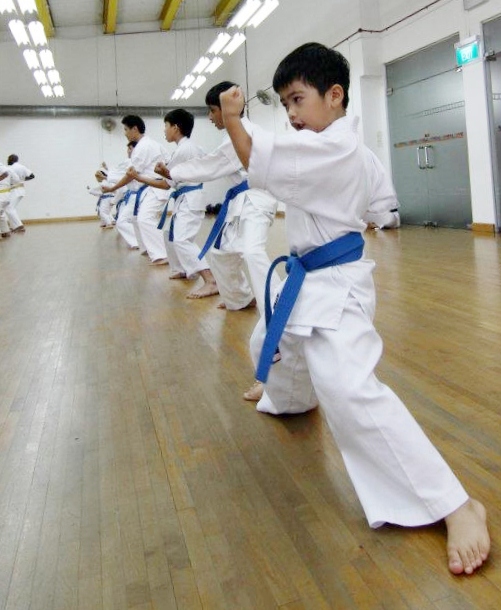 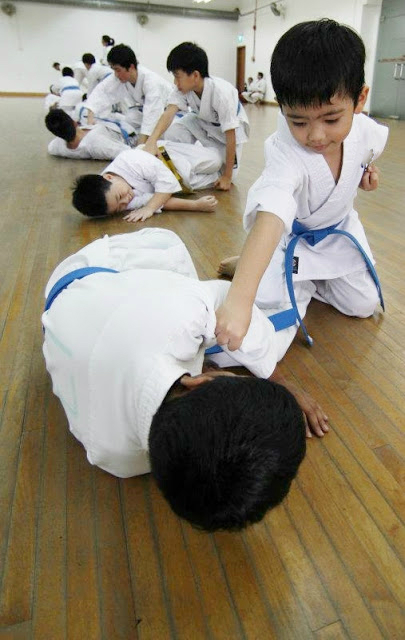 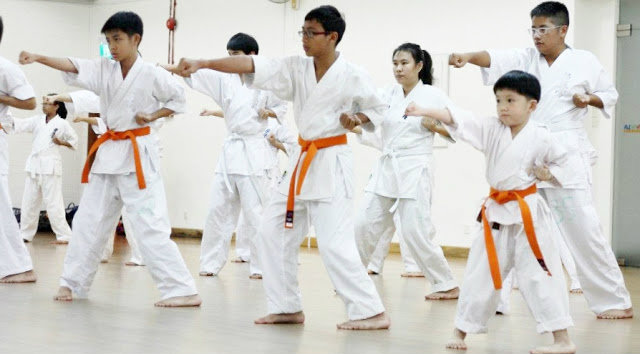 All photos above: with credits to our resident photographer- Wong
Wong had invited several esteemed fellow photography hobbyists to shoot for Shihan Patrick’s Dojo Mini Tournament which took place after the grading. One of them kindly allowed us to share the wonderful work he had captured and he is none other than Mr Ismadi Hussain. Mr Ismadi‘s work is marvelous. A picture paints a thousand words. Let the moments captured by Mr Ismadi below provide you a sense of how the mini tournament went if you had missed it.
Shihan Patrick’s Dojo Mini Tournament 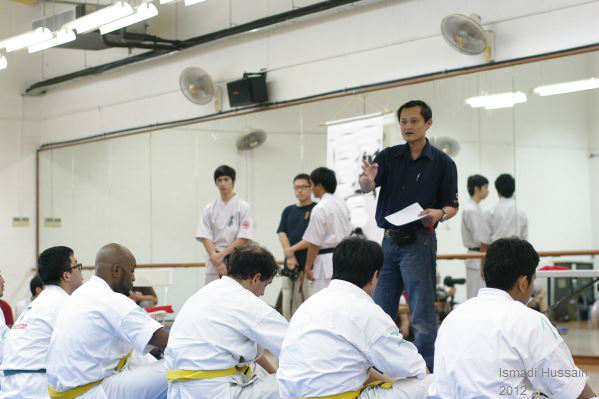 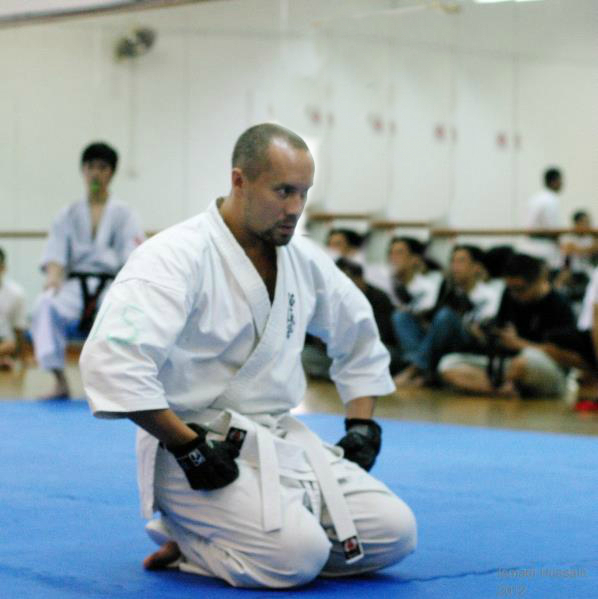 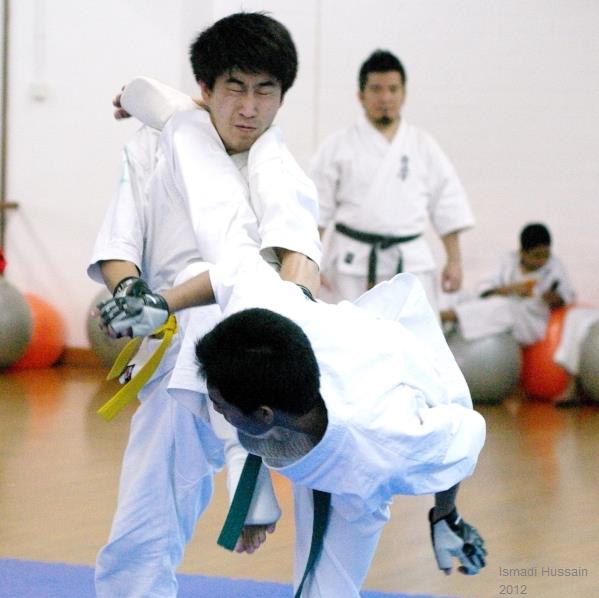 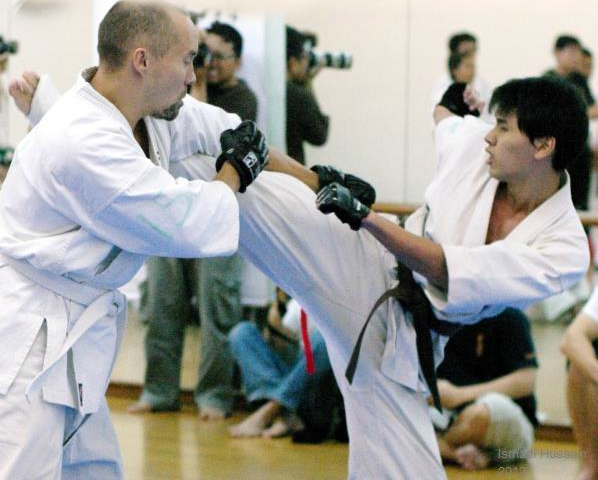 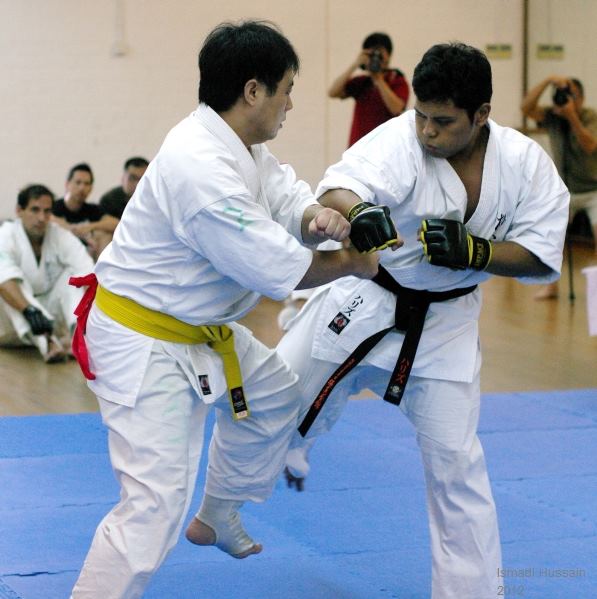 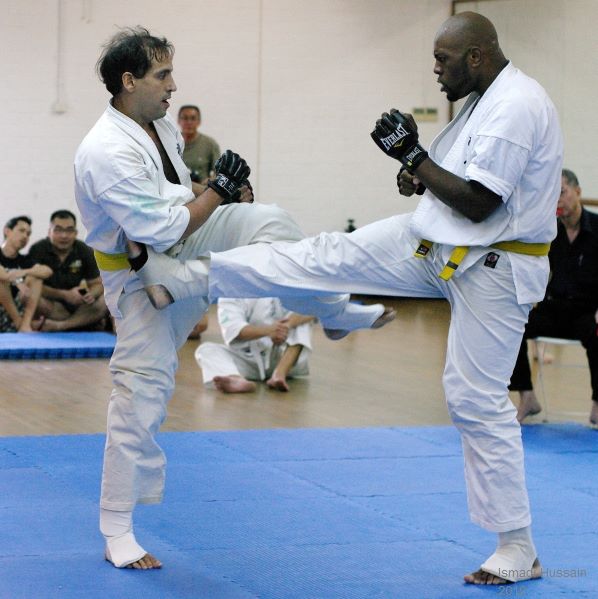 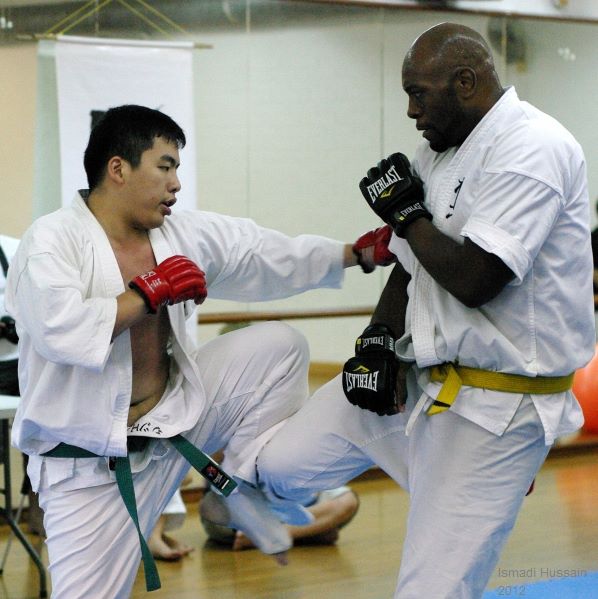 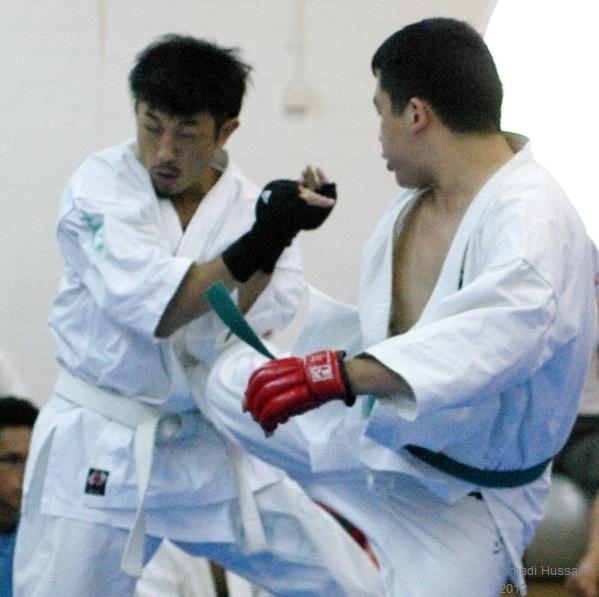 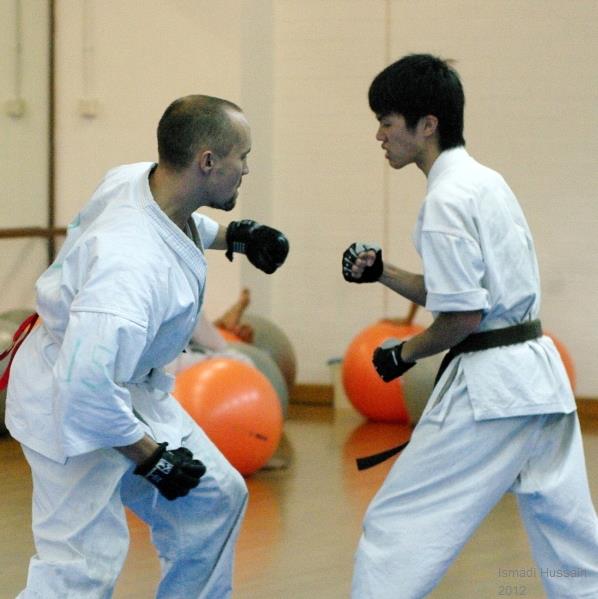 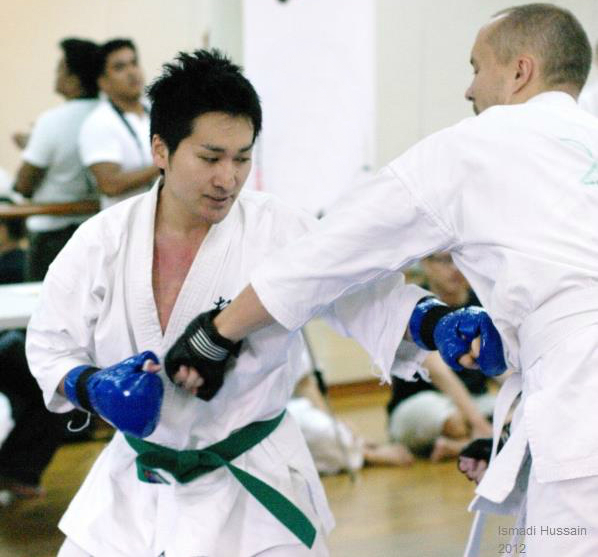 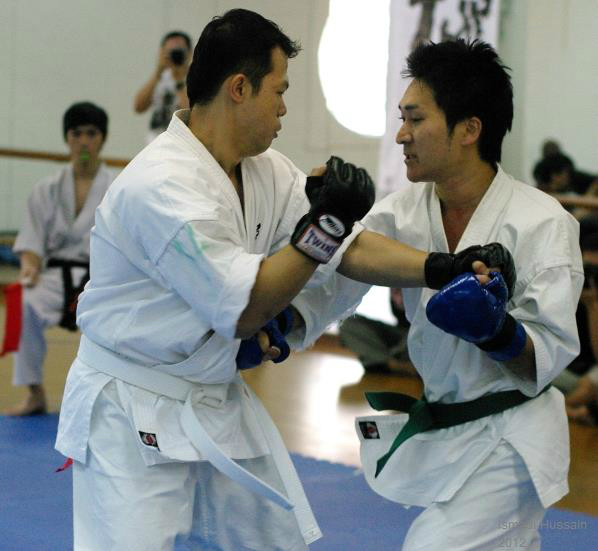 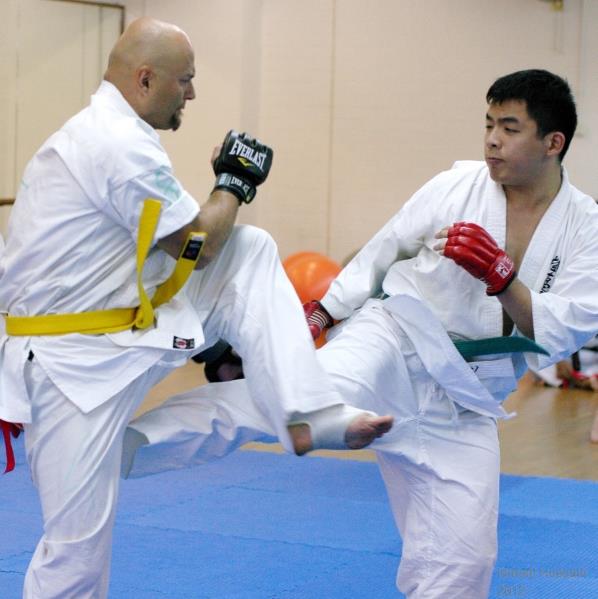 The tournament ended on a triumph note for all fighters for their budo spirit and courage.

The fighter who emerged victorious is Wu Jiejun, the one who braved through rounds after rounds of tough fights with so many valuable fighters. Well done Jiejun! 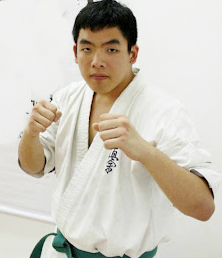 Thank you Shihan Patrick for making this tournament possible.

Great job fighters. Till the next tournament. OSU